In light of Thursday’s election result here in the UK, I am wondering why I left Finland, the happiest country in the world? Last week, the new Brexit Party of Britain, the Conservatives, was re-elected into parliament with a massive majority. Led by one of the most controversial politicians, Boris Johnson, their policies are scarily vague. But one thing is clear: we will now be leaving the European Union. 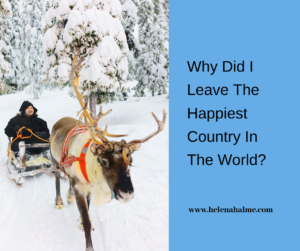 Finland And The EU

I moved to the UK well before Finland was part of the EU, but when we joined, life became a lot easier for me in Britain. For example, I no longer needed to join a different queue at the passport control, and I was able to vote in European elections. Finnish food was easier and cheaper to buy, and people seemed more interested and even knowledgeable about my home country. Finland and my new, adopted country, suddenly felt a lot closer to each other. Both countries belonged to a common club, a society where each state looked out for each other and the chance of wars, both trade and military, were hugely reduced.

After the 2016 Referendum, which was largely won on jingoistic, anti-immigration lies, being a European in Britain suddenly became undesirable. Even for me personally. Some people felt free to question the reason why I was here and whether I was taking a British person’s job. (This happened to me even after I got my citizenship two years ago).

I’m not saying racism is solely found in Britain. This ugly and unacceptable phenomenon happens all over the world, even in my beloved Finland. But after the Referendum, it feels as if the genie has been let out of the bottle, and those racists that perhaps earlier had not dared to voice their nasty opinions publicly, now feel that their views are shared by the majority in the country. 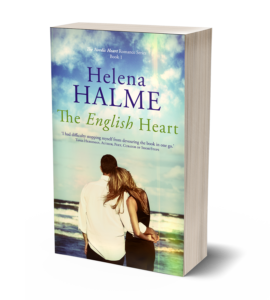 So, why did you leave Finland, you ask? Well, simply put, I fell in love. Those of you who’ve read my novel, The English Heart, which is based on how I met my Englishman at the British Embassy cocktail party in Helsinki, know most of the story. Engaged to be married to a dependable, older, Finnish man, I met and fell head over heels in love with an English Navy Officer. After four years of a long-distance relationship, during which we exchanged letters and expensive phone calls, we got married in 1984.

An Alien in London

When I first came to Britain as a newly married Navy Wife, I was given ‘Leave to Enter’. To my surprise, this was merely a stamp on my passport. Some 35 years later, that passport had been replaced many times over. The Finnish authorities destroyed passports in those days, so I had no means of proving a right to remain in the UK.

Naturally, because of the EU, I didn’t think I’d ever need to apply for residency in Britain. This was my home country where I’d lived with my Britsih husband, worked, paid taxes, had my half-British children, and a grandchild. I have never taken any benefits from the state and have carried private health care for most of those years, so I am not even such a large burden on the NHS.

However, it turned out that there was no documentation of me at the Home Office, even though I’d had to sign the Official Secrets Act twice! So I had to embark on a lengthy process to prove to the authorities that I’d lived here for the past 35 years. This process did nothing to alivieta my growing sense of estrangement.

No Longer Welcome in Britain

This latest election result makes me feel no longer welcome in Britain. There, I’ve said it.

Some people may say, ‘It’s your own fault, you did leave Finland.’

And they’d be right.

But do we want to live in a world where everyone stays inside the borders of their own countries forever? That’s what dictatorships make people do, isn’t it? Instead, do we not want to live in a world where we exchange ideas, get inspiration from each other’s cultures and become wiser and more tolerant through internationalism? That’s the world I wish to belong to, but the UK is sadly going towards a completely different direction. I believe Britain is turning into a jingoistic, isolated country which will shun new ideas, shut itself to immigration (which has made the country thrive for centuries), and become a poorer country, both culturally and economically.

This development makes me want to do just one thing: move back to Finland.

My sense of alienation with Britain isn’t helped by various programmes and statistics extolling the virtues of the Finnish lifestyle, education system, natural beauty, architecture, and social and health care. Finland regularly tops various charts on happiness, lack of corruption, innovation, and many more. One recent programme on Finland which came out in the UK this week is Amazing Spaces: Northern Lights Adventure. George Clarke explores the architecture, traditional and new, of Lapland as well as the amazing underground shelter used as a massive leisure space underneath the central Helsinki streets.

I’ve also been speaking about Finland on the Books and Travel Podcast by Jo France Penn. We talk about the introvert nature of Finns and why the landscape might be the key to happiness. We also chat about the unusual Åland Islands, where my latest series, Love on the Island is set. Plus, we discuss Finland’s history of occupation, which still shapes the country today. Have a listen to the episode here.

Sign up to my Blog Feed and get new posts dropped straight into your inbox. Find out more here. 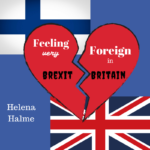 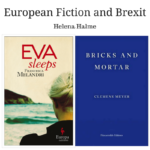