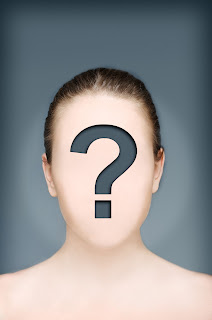 There was a time when I’d give anything for not having men leer at my cleavage. Or at business meetings discussing cash flow or budgets, stare at the odd recalcitrant  nipple, which had managed to penetrate through a bra and a summer blouse.

But these days, to my shame, I actually miss the odd wolf whistle from a bunch of builders, something which used to drive me bonkers.

Now I can happily walk past any amount of building sites with its compulsory bunch of bum-clevaged men. Not one of them will even turn to look at me.

Which, joking aside, is a relief.

What isn’t a relief, however, is having to wait for two or three cars to pass me while standing at a zebra crossing, or being utterly ignored by barmaids in pubs, or being overrun by twenty- and thirty-somethings at entrances to busy tube stations, or in bus queues. It’s as if someone had made the decision that I don’t matter anymore, that at my age I can’t possibly be in a hurry. Or that I can’t walk as fast as everyone else. (Which obviously I can).

On the pavement outside our block of flats in North London, I have to literally stop dead when a group of teenagers is heading towards me for them to notice and let me pass. At times when I do this, I wonder if they’ll just run over me as if I really have become invisible.

Don’t think this development was sudden – I first noticed something was awry, when I took daughter to Paris  a few years ago. At a posh restaurant the Maitre’d opened the door to us, let Daughter through and shut the door on me, leaving me standing outside in the rain (literally). Of course the man was utterly apologetic afterwards; still, at that moment, I could feel the sands shifting.

After this, it just slowly became apparent that I was becoming more and more invisible.

Of course it’s liberating in a way. Especially as an author, it’s useful to be able to observe people without being noticed; and I am glad I can talk to men normally without there being an instant, ‘Fancy a shag?’ moment.

I’m not saying that I was so stunning in my youth that people would stop me in the street, no, all I’m saying is that if I walked into a shop, someone asked me if they could help me; if I walked into a restaurant, I’d be served fairly quickly. And, yes, cars at zebra crossings stopped for me.

Anyone else have a similar experience? Or am I just being a Princess?