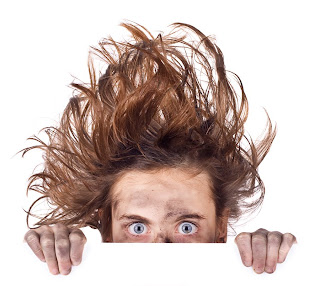 Though it’s my daughter who’s taking the A 2’s, they’ve affected me too. I’ve not had one trip to London since her school ended almost three weeks ago. Nobody has forced me stay home and look after her, but I’m a mother and want to be here to support her and pick her up if her confidence wobbles. Just like when she was a baby.

Due to a lack of trips to London my hair is two weeks overdue colour and cut. And we’re off to Oxford to spend son’s birthday weekend with him and girlfriend, then going onto a friends house for Sunday lunch on the way back home. I haven’t seen her for two years. Hair out of shape is not good for either of these events. Think of all the pictures that will remain on various pc’s.

The hair situation came to a crisis point last night as I was getting ready for a book club I run at Babington House. As usual I was short on time. Normally my long hair just needs a quick blow dry and some product. But no, last night it was not playing ball.

With seriously frizzy, straight-and-curly-in-wrong-places coiffure, I greeted my fellow book lovers. ‘You look well,’ said one in that concerned tone, which really meant, ‘You just got out of the shower without making yourself up?’

I’m sure I’m being paranoid, but three weeks in the country without the refreshing effects of some London glamour does get to a girl. A point which was beautifully expressed in the book of the month, Stefan Zweig’s ‘The Post Office Girl’. Although she was poverty stricken and lived some 100 years ago in Austria. So, really, I have nothing to complain about. Ah, the enlightening effects of literature.