I’ve just read a post by one of my blogging friends North West London Girl in the Country about moving from the city, a life she knew, to a new lifestyle in the country. As she herself admitted her blog portrays an idyllic life, with beautiful children and a handsome husband. She’s making great headways in joining the community life, but changing your life is never easy.

Yesterday we had the first viewing of our house in the country, an event which (hopefully) heralds the beginning, or even the end, of a change of life for me.

The signs that my life was going to change from the whirlwind that has been the daily routine of school runs, work, and family dinners (and everything in between) for the past twenty years or so, came when the first child left home for university four years ago. I cried my eyes out on the drive home from dropping Son off, a routine that was repeated every term for the first years. (By Year Three I’d got used to having to say goodbye to my baby).

I knew at the time that this mourning for the first child’s departure was for me a premonition that everything would change, that the future would be different, that the children had now grown up, and that soon they’d not need me any more. During Son’s university years, Daughter saved me. The amount of times I blessed their three and a half year age difference, which by no means was planned. It meant that I still had a girl at school, and had time to adjust to a childless house. I don’t think I could have coped with having two children leave me one after another any sooner.

This all sounds so dramatic, I know. And I’m aware that all mothers go through this and that many factors could make the situation much worse. Also, I’ve been far from a perfect or traditional mother. I worked full-time most of the years the children were growing up. Still, it doesn’t make these changes in one’s life easier to deal with.

And now the final piece of the jigsaw is slotting into place with the sale of this house (Again I must cross my fingers here, in this market one mustn’t assume anything). Don’t get me wrong,  I am now absolutely dying to get out of here. I will not be sad if I don’t ever set eyes on another cow in my life. (And I say this at the time when the fields in these parts are full of sweet young calves suckling on their mothers.) Yet, when driving home from London yesterday, I spotted a marquee in a garden just outside a pretty, Thomas Hardyesque town, and suddenly realised that I’d always planned to have Daughter’s wedding in the grounds of our house.  Or even Son’s. They would be horrified that I’ve been planning such a thing, but, I am a mother after all.

I told myself not to be so silly. It’s all about being able to let go. A cliché I know, but so very true.

So Dear North West London Girl, even if we don’t know the details of your troubles, be assured moving away from the country is as tricky as moving to the country. Especially when you’ve no idea where you’re going yet. I know, I know, I do go on about this…. 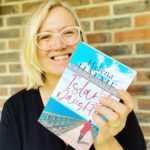 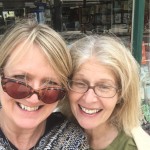