I had a productive day yesterday. As well as the Lax below, I managed to make meatballs, according to my Grandmother’s old recipe, combining minced beef, white fresh breadcrumbs, double cream, an egg, finely chopped onions (sweated in butter) and generous amounts of salt and black pepper. These are then fried, again in butter, ready to be reheated on the big day. (Finnish Christmas is not for those on any kind of a diet.)

I also managed to soak the ham in water last night. Whatever the butcher tells me, I always soak it for eight to twenty-four hours, otherwise it’s too salty. The ham is the main attraction of the Christmas Eve feast, so it needs to be perfect. I will cook it slowly in the oven later today, and when hot, I’ll remove the skin and glaze it with a mixture of egg yolk, French mustard (I have no Linnan Sinappi) and top with white breadcrumbs, trying not to burn the glaze under the grill. The Swedes use the cooking of the ham on the 23rd of December as an excuse for a pre-Christmas party, Doppingfest, when guests – often the neighbours – are invited to taste the ham juices by dipping some bread into it, and washing it all down with vodka or beer. I know, I know it all sounds very unhealthy, but Christmas only comes around only once a year.

As I was on a roll last night, I also decided to make a prune compote for the ‘Stars’ – Joulutähti – in Finnish. These are pastries made with all-butter puff pastry, and a little like Danish pastries they are filled with prunes cooked with water and sugar. In Finland you can buy this stuff, like mincemeat, in supermarkets, but I make it since this is one of the Finnish Christmas ingredients that I cannot get anywhere in the UK. This year I added a sliced vanilla pod to the mixture, just to see how that tastes. Sometimes I add brandy or home-made sloe vodka when the mixture has cooled. 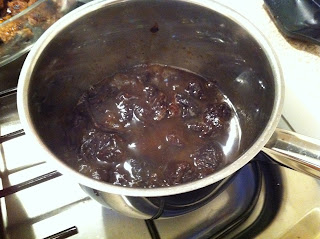 Finally I made the dough for gingerbread cookies – Piparkakut – which needs to rest in the fridge for a while, or overnight. I’ll let you have this recipe, as it is a combination of several I’ve seen and turned out really well this year.

Combine the sugars, syrup, butter and spices and mix well.
Mix bicarbonate of soda with half of the flour and add to the mixture. Add as much of the rest of the flour as you need until the dough resembles very fine breadcrumbs. Now add the whipped cream. If the dough is too wet at this stage add more flour. Wrap the dough in some baking parchment and place in the fridge until you want to make the cookies.

I will post more pictures of the finished cookies and pastries later today, as well as the definitive Christmas Eve Menu ala Helena Halme.

Finland in a bun 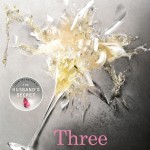