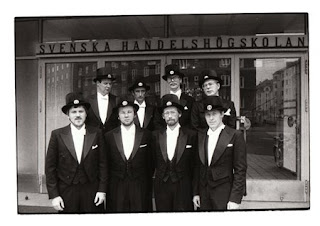 The lectures at the School of Economics restarted a few days after I came back from my holiday in England. It was September and the afternoons were already turning dark in Helsinki.
On the first day of term I got up early, gathered all my bills, including the overdue rent for my flat and headed into town. I needed to check the balance on my bank account. It was embarrassing being late with the rent, especially now I’d broken off the engagement with my ex boyfriend. The flat belonged to his aunt after all. She’d tell his mother if I was late, and that would confirm all her suspicions about my flaky personality. How unreliable I was. How I could not be depended upon. Just like my divorcee mother.

The ladies in the bank wanted to hear all about my holiday in England. They felt responsible for the love affair with the Englishman, because one of them had organised for me to go to the cocktail party at the British Embassy. When eventually I tore myself free and asked for my bank book to be updated I stared at the black printed figures on the small page. ‘What’s up,’ the lady who’d handed me the book asked. ‘Nothing,’ I said and left.

At the School of Economics, I headed straight for the students’ advisory office.
‘My student grant has not been paid into my bank,’ I told the lady at the desk. She remembered me from the year before when I’d filled into the forms. There weren’t many students who were eligible for a grant at the Helsinki Swedish School of Economics in 1981. Most were from well-to-do families, not from a broken-up home like mine.

The woman with pale blue eyes and messy blonde hair, with grey streaks in it, looked at me kindly. ‘I’m afraid your grant was denied.’

The woman pulled out a sheet of paper and looked at it. She turned it over and pointed at a set of computer printed figures. I saw my name at the top of the sheet with perforated edges and grey faded print on pale green and white striped paper. ‘You see, you only got 15 credits last term. You need a minimum of 20 to receive the funding.

‘Oh.’ I lifted my eyes to the woman. She tilted her head slightly and opened her mouth to say something. But she closed it again and looked down at the computer print-out.

I ran out of the office, past the common room where other students were smoking and drinking coffee. Loud chatter and laughter filled the space. I saw a guy who’d hit on me in my first year. Later I’d learned that he was titled, Von something or other. It was gossiped that he was part of a gang always on the look out for ‘fresh meat’. Since I’d turned him down, the gang often shouted remarks at me. I gave the tall, dark haired guy a quick glance and hurried out onto the cold street.

What was I going to do? I had fifty-seven Marks on my bank account. That would last for a month if I was very careful. But it didn’t pay for the rent, or for the electricity bill. Both were a week overdue. I didn’t have a job, and if I got one I wouldn’t get paid until at the end of the month. Besides, good jobs were hard to come by, even for fully fledged graduates. I’d only passed my first year.

On the Number 21 bus to Lauttasaari the dread for my future grew. What would I tell my mother? She’d been so proud when I got the letter from the School of Economics, telling me I’d not only passed the entrance exam but also the language test in Swedish. This was compulsory for anyone coming from a Finnish school. Unlike the Finns with Swedish as their mother tongue, I’d learned the language when my family lived in Stockholm for three years. I’d been eleven when we moved and fourteen when we returned to Finland. I had a Stockholm accent, which made me stand out at the School of Economics in Helsinki. But I really struggled with Swedish academic text. It had been four years since we’d left the country and my language skills were mostly spoken, apart from the little I learned in my Swedish class when back at school in Finland. Or at least this is what I would tell my mother. As for my father, I decided not to contact him at all.

At home I was greeted by another bill: the telephone. With dread I opened it: thirty six Marks and 79 pennies. Underneath the white envelope was an oblong blue one. A letter from the Englishman. I felt the silky texture between my fingers and tried to resist the temptation to open it. Rather than the struggle with Swedish, the reason for my failure to pass any exams at the School of Economics was the Englishman. Instead of studying, I’d been re-reading his letters over and over again, lying awake at night waiting for his calls, daydreaming at lectures, or not even turning up at them after a sleepless, love-sick night. When I should have been studying Employment Law, I was planning my holiday to England. Instead of making the most of the lectures of a visiting professor in International Law, I’d been looking out of the large windows of the lecture hall, remembering the feel of Englishman’s kiss on my lips.

‘When I arrived in Faslane it was snowing, can you believe that? It is so much colder up here in Scotland, just like Helsinki. And I got off at the wrong station and had to wait for another train for ages in the freezing weather. When I finally arrived at the naval base, I met an old mate who I didn’t know was also joining the submarine service. Of course we had a few beers too many in the Back Bar and now I’m a bit worse for wear while writing to you, my love. I miss you so much. When I saw you walk through to the other side at Heathrow I thought my heart would break. The drive back to Pompey was horrible without you next to me wearing my Red Sox cap.’

Tears ran down my face. I couldn’t read on. The Englishman did love me. He missed me.

It was a short letter, just two sides on one sheet of paper. He gave me a new address and said he couldn’t tell me when he could call, as he didn’t know when or where they’d sail. ‘Even if I knew, I don’t think I could tell you my darling.’

I put the letter on the little dining table and went into my alcoved kitchen to make coffee. When I opened the tin, I noticed there was just enough for one load in the percolator. Coffee was expensive, but I’d have to go and buy some for tomorrow morning. I’d rather have coffee and starve I thought to myself ruefully. And I’d rather see the Englishman then have coffee. What a stupid, stupid girl I was.