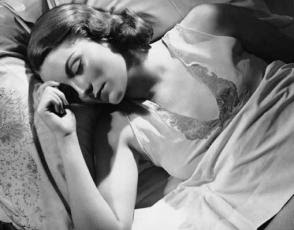 The same Sunday night in late June 1982 I’d said my tearless goodbye to the Englishman I started to be sick. When two days later I still couldn’t keep a glass of boiled cooled water inside me, I phoned the student health service in Töölö, in the centre of Helsinki. They told me to come and see them straight away.
The doctor wore a white coat. He had round gold rimmed glasses and grey thinning hair. I sat on his examination table while he took my temperature, tapped my knees, looked into my eyes, felt my glands and my stomach. I hurt all over, but I was so tired from two days and nights of diarrhea and throwing up, I had no energy to even utter a sound. He took two steps back and wrote something on his notes.

I nodded. All I wanted was to be allowed to sleep. The doctor regarded me for a moment. ‘Did someone bring you here?’

‘No.’ I suddenly realised it was the journey from Espoo with a bus, walk to the tram stop and then another long walk to the health centre that had exhausted me.

‘You need go to bed, take these and sip a mixture of this,’ he gave me a packet of tablets and a few sachets of something. ‘If you don’t improve within the next 24 hours, get an ambulance to take you to hospital.’ The doctor had kind eyes. ‘Can you phone someone to come and get you?’ He nodded at his desk phone. ‘You can use that.’

I couldn’t think who to phone. My friend was traveling around Europe for the summer and my mother and sister were in . I hadn’t seen my father since Midsummer, didn’t know if he was back at work. I dug in my handbag for my address book.

‘It’s me. I’m not very well, I’m in Töölö Health Centre and the doctor said I should have someone to pick me up.’

I was close to tears. My father sounded so irritable.

My Father inhaled loudly. ‘Of course not,’ he said dryly. ‘What’s wrong with you anyway?’

When I told him he said he’d come and meet me at home and pay for my taxi there. ‘I don’t really want to catch it so I’ll stay away until you’re better.’

I was ill for two weeks. I slept for most of it and had nightmares about sinking U-boats, nuclear mushroom clouds and men in uniform laughing at the suffering women and children. I didn’t go anywhere, I didn’t see anybody. My father phoned half way through the second week and when he heard I was still not able to eat anything, he told me he’d stay away for another week just to be safe. ‘You do that,’ I said and decided I would never forgive him for abandoning me like this. My mother didn’t know how ill I was. She was too far away anyway.

During those strange summer weeks in 1982 I didn’t hear from the Englishman. There was no letter, or phone call. I didn’t even know if he had reached his new nuclear submarine in , or whether he was away at sea, or on dry land at the base. I didn’t know if we were still together, or if his disastrous week in had finished our two year romance. It was strange, but I wasn’t sure I cared one way or the other. Not worrying about him, not longing for his touch, hearing his voice, or reading his letters seemed oddly liberating.

When I returned to my internship at the bank in mid July, I’d lost 10 kilos in weight. All my clothes hung off me and I loved it. Something good had come out of the suffering. The nice doctor at the health centre had signed me off the sickness register and given me a note to take to my bank manger. ‘I was quite worried about you, young lady,’ he said and smiled. Why couldn’t my father be worried about me if the doctor who doesn’t even know me was?

Finally three weeks and three days after the Englishman had returned home, he called.

‘You OK?’ he asked after we’d said the usual hellos. I noticed he hadn’t said he missed me.

I told him about the salmonella poisoning. ‘You didn’t get it?’

Hearing the Englishman’s voice I realised I was angry with him. Angry for spoiling our week together, angry for being an officer in the Royal Navy, angry for not being here with me, angry for not understanding how angry I felt. I said nothing.

He said nothing. I could hear noises in the background. Was he in a pub? ‘Where are you phoning from?’

‘Oh, the mess. I couldn’t get away, we’ve been at sea all this time and I couldn’t even get a letter to you.’

Now there was a time limit, of course. Foreign calls were expensive. ‘Anyway, as I was saying, I’ve decided it’s probably best if we stop this.’

‘What?’ the Englishman sounded absentminded, then his voice sharpened. ‘What did you say?’

I inhaled deeply and repeated my words, even though as I said them a strange lump formed on my chest, as if a heavy weight had been placed against it. It made me struggle for breath.

‘I just have,’ I said breathlessly.

There was a silence. ‘Oh my God.’ He sounded truly shocked and I felt dizzy. Surely I was only saying what he thought too? Or…?

‘We never see each other. I’ve got another year at uni. How am I going to get a job in when I’m finished? And you’re always away at sea. And…’ Tears were running down my face. I sniffled.

There were more voices behind the Englishman. ‘Look, I have to go, but please don’t cry. We have to talk about this, OK? Can I call you tomorrow night? Please.’

I could never say no to the Englishman.

With shaking hands I replaced the heavy telephone receiver on the hook and sat down on the floor. My heart was racing against my rib cage, it felt as if the lump had now engorged and was crushing the whole of my upper body with its weight. My heart had no space to beat and no air was reaching my lungs. What had I done? What if the Englishman didn’t call back, what if having thought about it he knew I was right? Our relationship was doomed, our future together hopeless. I put my head in my hands and howled like an animal.