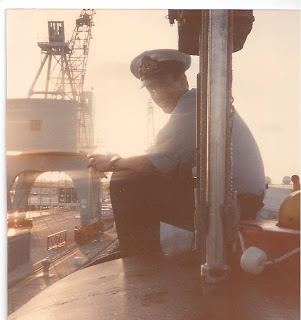 I arrived at airport only twenty minutes before the flight to was due to leave. I’d missed the bus from , where it stopped outside my Father’s house, by a whisker. The nasty old bus driver had, I was sure, seen me running towards it dragging my heavy suitcase, but nonetheless had driven off, leaving me breathlessly cursing the bloody man. He had something against me, even though I’d barely exchanged one word with him during the two years I’d been living with my Father. Then I’d just missed a tram and had to wait for twenty minutes for a Finnair bus at the terminal in Töölö.

‘The flight is full,’ the heavily tanned, red-haired woman at the check-in said. Her bright pink lipstick clashed with her colouring, and with the sky blue Finnair uniform.

‘Oh,’ I said, not really comprehending how I could be booked onto a flight and not have a seat reserved for me. An awful sensation came into my stomach: did this mean I’d miss the flight?

The woman revealed a set of white teeth, ‘You’ve been upgraded to Business Class.’

I looked at her. I was still feeling dizzy.

‘Have a good flight, ’ She handed me the boarding pass, and nodded politely, as if I’d suddenly become a more important person.

I was wearing a pair of jeans and a t-shirt under a pale blue jumper. Everyone else in business class wore a suit, and I was the only woman in the whole compartment. Apart from the air hostesses of course, who I felt sure knew I didn’t belong there.

The plane was absolutely full. I had a window seat next to an older Finnish man, who started talking to me as soon as we took off. ‘Going to for work?’

‘Do you study at ?’ The man smiled to me in a kindly way, like a father to a daughter. I guessed his children were my age.

‘No, at Hanken, The of Economics.’

This really seemed to impress the man, ‘Oh!’ he said.

I turned towards the window. We were hovering above white clouds. The air hostess brought us a meal and I asked for orange juice. I looked at my watch: only 2 hours fifteen minutes until we’d land at Heathrow and see my Englishman.

‘You must be excited about the elections then?’ the man said. He was chewing a piece of chicken and I wasn’t sure I’d heard correctly.

‘Yes, Margaret Thatcher! You must like her radical views on the Economy?’

I looked at the man. His thin hair was going grey at the temples. I had no idea of the politics of the newly re-elected British Prime Minister, only that she was right-wing. I agreed with everything the man said, trying to avoid further questions. Eventually he gave up when I dug the latest Graham Greene novel I’d borrowed from the British Council out of my handbag.

The Englishman was waiting for me with a dark red rose in his hand. He kissed me for a long, long time. I’d forgotten how he smelled of cigarettes and aftershave. His mouth tasted minty. I felt breathless, my heart beat so hard I felt sure everyone around us must have heard it.

The new car was on the second level of a concrete parking lot. It was a grey and black Ford Fiesta and looked dull compared to his old yellow Spitfire, but the Englishman told me the sports car was always breaking down. We headed down to and I was struck by the bright colour of the fields we passed. It was a hot June day. Some farmers were already cutting their crops of hay. In we didn’t start doing that until at least a month later. Summer was so much further ahead here, I thought, and wished I could stay in forever.

‘You didn’t forget your dress, did you?’ The Englishman said.

‘For the Dolphin Summer Ball?’

The Englishman had told me about the ball which was held each summer at the submarine base in . I was nervous about meeting a new set of friends. I’d brought the same dress, (the only ball gown I owned) that I’d worn to the University Ball in year and a half ago. I was afraid it’d be far too ordinary-looking. I was sure the other girls would be wearing designer gowns, not one that was made by a friend from cheap material.

We were the only ones out of the old group of navy friends who that summer stayed in the terraced house in Southsea. It belonged to the Englishman’s best mate who was in . Another friend, who’d lived there two years ago when I’d been to stay for the first time, was working for NATO in and another was in Faslane, where my Englishman had just ‘escaped’ from.

Each morning after the Englishman left for work, looking handsome in his uniform, I walked down to the shops at the end of our street. I cooked Finnish dishes, searching for the right ingredients at the small butchers and greengrocers.

I made Karelian stew out of diced beef, pork and lamb’s kidneys, pea soup from a hock of ham and dried peas, fish chowder from cod and new potatoes. I struggled to work the gas oven and hob in the little kitchen at the back of the house, often burning my fingers with matches. It seemed so old-fashioned and dangerous to cook with gas, but the Englishman told me it was much better and cheaper than electric.

The Summer Ball was two days before I was due to return to . I’d been dreading it, trying not to think about it. The Englishman wore his summer dress jacket, white with the gold lapels. When he was ready and I was still getting dressed, he kissed me on the cheek and said, ‘No rush, darling. I’ll go and fix us G & T’s’

I took a deep breath and looked at myself in the mirror. I didn’t want to wear too much make-up but I looked so pale, I added more blush to my cheeks. It was another hot summer’s evening. It had only rained once during the whole two weeks I’d spent in the house in Southsea. But tonight I felt cold. I couldn’t understand why I was so nervous about this evening. Was it the fear of perhaps seeing the girl, the Englishman’s ‘accident’? We hadn’t discussed the past, or the future. But still, she had to be somewhere. She had to be someone. The two weeks had gone by in blissful haze of domesticity. It was only now, when I knew we had to go out together, it occurred to me that I still didn’t know if we really were a proper couple. I’d again not been brave enough to talk about anything important with the Englishman and I certainly couldn’t do it now.

The Englishman drove us to the jetty in HMS Vernon, where we boarded a pass-boat over to on the other side of the harbour. The Englishman went in first, then gave me his hand to guide me onto the small vessel. I felt as if I’d entered the last century when we sat down next two other couples. The ladies in their evening gowns, made out of luxurious velvet and silk, wearing long satin gloves, smiled. The men took of their caps and nodded to me.

‘Good evening,’ I replied. It was still warm, but I was shivering.

The Englishman sat next to me and put his arm around my shoulders. ‘You OK?’

‘Are Lucinda and Richard going to be there?’

The Englishman laughed. ‘No, I don’t think you’ll know anyone, but don’t worry I’ll look after you,’ he whispered into my ear as the loud engine of the boat started and we headed towards the other shore.

The Dolphin submarine school knew how to organise a party. There were different areas for food, dancing or just socialising. There was a disco, a Caribbean steel band, and a live group called ‘The Smugglers’, who played old-fashioned music from the Seventies.

The Englishman led me to a vast balcony overlooking Old Portsmouth and Southsea. He handed me a drink and introduced me to a string of his friends and their wives or girlfriends. As soon as they told me their names, I forgot them. I couldn’t follow the conversation over the music which flowed from the different rooms inside. Everyone was happy, the men were making jokes and the women laughed out loud. I smiled too, trying to pretend I’d understood the punch lines.

‘You stay here, I’m going to check where we’re sitting for supper,’ The Englishman said and left.

A slightly older man, who seemed to be on his own, came to stand next to me. He had watery eyes and thinning pale hair. His jacket had several gold rings on it so I guessed he must be more senior than the Englishman.

‘He’s not given you a set of Dolphins yet then?’ he said, bending down to look at the top of my dress.

I placed a hand over the low-cut cleavage. I felt very exposed, and cursed my decision not to buy a proper ball gown after all. Mine was made of very thin fabric. It had narrow straps, making it impossible to wear a bra. I’d told the Englishman I thought it too revealing but he’d just laughed and said I looked very good in it.

‘Sorry, I don’t understand?’ I said. The man pointed at a small brooch-like pin on his uniform jacket.

The Englishman had told me about the Dolphins, the emblem of the submarine service. Once you passed your exams and had done the sea time in a boat, you had to earn your Dolphins by catching the pin between your teeth from a glass of rum. I remembered how proud he’d sounded when he told me about the ceremony. But I didn’t realise the ladies could have them too.

The man laughed at my confusion and said, ‘I don’t suppose he’s told you he can’t marry you either?’

I looked at the man’s red, flushed face.

Just then the Englishman reappeared by my side. ‘C’mon darling, there’s some-one I want you to meet.’

I was still staring at the man.

‘Excuse us, Sir,’ the Englishman said to him and led me away.

My ears were ringing. The Englishman took me to the end of the long balcony. I saw how the lights from the other side of the harbour reflected against the dark water. The floor beneath me felt uneven, as if I was still on the boat. Or floating in the water. Noises around me seemed muffled. Had I gone deaf? The Englishman rested one hand on my waist, drinking a pint of beer with the other. He was half-leaning over the low balcony wall, talking to three other officers, who’d appeared from no-where. I wondered if I’d met them before. Their laughter seemed to come from somewhere far, far away.

I shook my head and slowly regained my hearing.