I’m off to Helsinki for a long weekend. But what to pack?

It’s always the same problem. I want to travel ligth but also want to have a choice of what to wear. Which brings the sub-problem of having to take several pairs of matching items of footwear, bags, scarves, or gloves. Which all increase the amount of luggage.
Then there’s the additional worry: the weather. This time of year it’s very cold in Helsinki, but it can be dry cold or wet cold.
I bought a gorgeous down coat by MaxMara in Rome. It seemed far too sunny and summery at the time to be wanting something for cold weather, but now I’m extremely glad I have it. 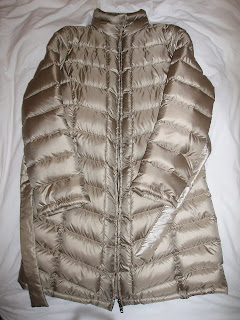 But though it’s wonderfully warm, it really, really doesn’t tolerate rain, or any wet weather at all. The alternative to keep warm and cosy at temperatures below zero is my woollen coat by Joseph, with a really nice collar. But I have worn (and worn) it for two winters already. I could take a dark grey military style wool coat which I bought from the Jill Sander collection for Unqlo in October. Problem is, neither of them are any good if it’s pouring down with cold rain.
It seems that I still haven’t learned that what I need most of all is a boring, boring, rain proof warm coat. Something like this: 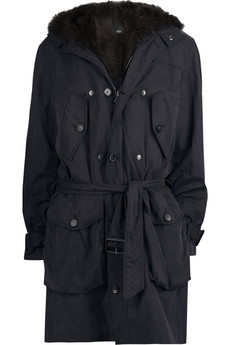 OK, this is Philip Lim at Net-a-Porter and actually rather lovely. But I’d never consider paying £920.00 for a practical coat. It’d be a stretch for a impractical one.
I don’t have that coat so I could take the lovely MaxMara one, which does pack into a tiny bag, as an in-case-of-snow-coat (which is forecast) and wear either one of my woollen ones. And keep indoors in case of heavy rain. Or just not go anywhere but Stockmann’s department store, which just happens to be opposite my hotel. What brilliant planning on some-one’s part…? 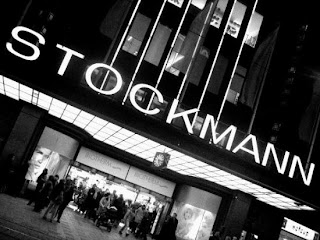 During the time I’ve been living in the UK, the store has grown and grown and now has everything you could possibly want. Ever. So much so that when a few summers ago I was desperate for a haircut, I just walked into the hair salon on the top floor of the store, got a time some hours later, and had the best haircut ever.
But back to the packing. The weather forecast, which I’ve been following avidly through my daughter in the local newspaper, Helsingin Sanomat, is far too vague and inconclusive. It could be rain, it could be snow.
Helsinki is quite a smart city where people dress nicely to go shopping (at Stockmann’s mainly), and I’ll be seeing old friends, my daughter’s friends and possibly visiting my Father. So a ‘good daughter’ outfit as well as ‘sensible mother’, and something snazzy to show off with are all required.
To further add to my packing nightmare, I’ve just been told by a friend who more or less commutes between Helsinki and London that the Finnair ground staff have staged a walkout at Helsinki airport. And that the luggage handlers will be on an unofficial strike at Heathrow at the weekend.
Oh dear, think I’ll stay at home then….

My life has turned the shade of Particuliere