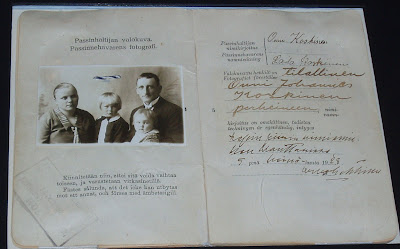 Last week a card was popped through my letterbox. It was from Transport for London lost property office and informed me that they had an item that I’d misplaced. It didn’t reveal what it was, but it stated that there’d be a £4 restoration fee.

It took me a while to ring them because I had no idea what I’d lost. I wasn’t missing anything and in spite of the Twitter suggestions of it possibly being my ‘mis-spent youth’ or ‘dignity’, I knew it was something that had my name and address on it.

Eventually this morning when I had a moment I got around to ringing the TFL.

‘Do you know what it is you’ve lost, Madam?’ the guy at the other end said after he’d gone through the formalities of establishing my identity.

‘Actually no, that’s the puzzling thing…’

I was quiet while I listened to him smile at the other end. When at last I recovered from the shock all I could say was, ‘You’re joking, right?’

‘You didn’t realise you’d lost it?’

God, I felt like a complete tool, and a blonde one at that. All I could hope for was that the same man wasn’t at the office when I went to collect my licence.

While I sat in the number 13 bus on the way to the Baker Street Lost Property Office, I imagined what the office would be like. Images of a dust-filled, spiderwebbed back office came into my mind. The reality couldn’t be more different. The place was modern, there were no queues, and the staff were bright and friendly. Only strange thing was that there were two counters: one where you showed your card and another one opposite where you picked up your lost property. (Why couldn’t it all be done by the same person???) With relief I noted there were no men on duty; I was safe from the smiling guy on the telephone.

Happily, clutching my driving licence, I took the tube to Liverpool Street to spend the day busily tapping on my laptop at Shoreditch House. Sitting here in the Soho House bubble, I promised myself to be a little more careful with my important documents. Just imagine what would have happened if the driving licence would have ended up I the wrong hands? I shiver at the thought.

(The photo is an old Finnish passport I found at Ellis Island museum in New York.)