I keep losing things.
Weekend before last we stayed with a group of friends in a most fantastic Scottish hideaway. We got really spoiled; there was a resident French chef, the highly accomplished Christian Morel (who is usually found cooking on La Seine where he runs gourmet cruises), a wonderful room with a glorious view and a balcony, fine wines and excellent company. 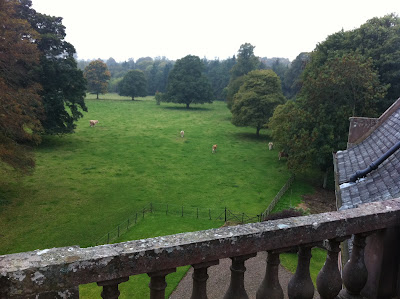 On Saturday we walked along the river to the little town of St Boswell’s where Rosamund de la Hey runs her lovely book shop, Main Street Books, serving the most delicious cappuccinos that side of the Pennines.

On Sunday we wandered around the ruins of a 12th century abbey, where – our host argued – the nuns had prayed so intensely, it’d left the place with a sense complete serenity. He was right, because to me at least, it felt quite unreal to walk amongst the roofless structures. The ancient trees surrounding the site were magnificent too. 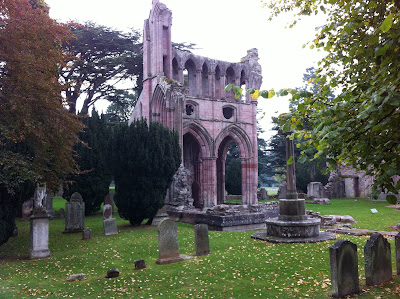 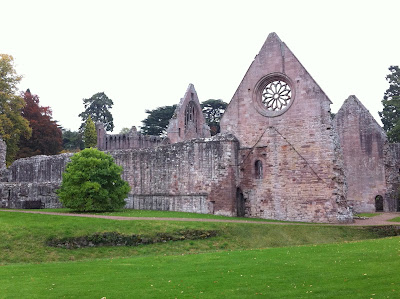 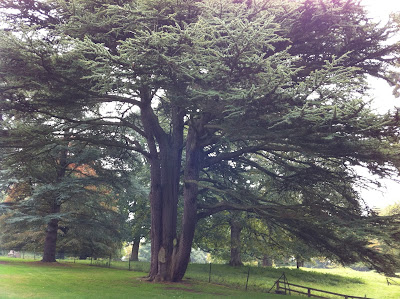 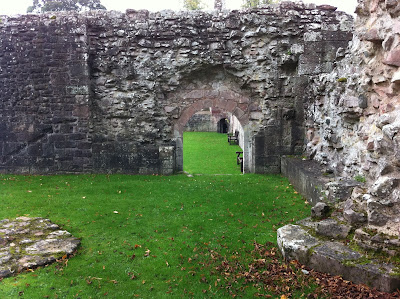 All weekend we were served five star cuisine. I was so relaxed that I joked I may never leave the place – it would be a perfect writing spot. Perhaps this was why on leaving for the train on Sunday, belly full of roast pork lunch with the best crackling I’ve ever tasted (I don’t even like cracking…) I left my newly acquired iPhone behind. ‘Who forgets their iPhone?’ asked  Husband at the station and felt my forehead. ‘Perhaps you’re coming down with something,’ he laughed.
Luckily the lady of the house is a most organised and kind person and posted the phone to me immediately and we were re-united at the local Royal Mail collection office a day later.

The following weekend I was off on a jolly with the girls to Athens. (I posted about the trip here.) Yes, I know we are far from ‘girls’ at this stage of life, but as we’ve known each other since the school days when we were mere lasses (I really enjoyed Scotland…) we still call the meet-ups ‘girls weekends’.

The day before, as one does, I had a manicure. One mustn’t be seen to be unkempt with ‘old’ girlfriends – they are at once one’s most loyal supporters and harshest critics. For this essential bit of pre-holiday pampering I removed my rings. Could I find the damned things again the next morning before leaving for the airport? I asked the beauty salon: no, they didn’t have them. Ashamed, I had to phone Husband before boarding to ask him to put the rings in a safe place if he spotted them. ‘So you’re off to Athens, full of Greeks, with your girlfriends and you’re not wearing your wedding ring?’ I laughed, surely he was joking?
The closest I came to a handsome Greek was at the new Acropolis Museum and they we all made out of old marble.

On arrival back to London I found my rings on the kitchen top. No-one else had spotted them during the weekend. Our new kitchen is tiny (as I may have mentioned before); how dear Husband and Son had missed them is a mystery. I was utterly relieved, however. Most of these rings have been with me for more than 25 years and included engagement, wedding and eternity rings.
I was beginning to really worry about my state of mind when the following day I couldn’t find my watch. Now this is not a small item. It was bought for me by Husband as a moving present (a lie: truth is I ordered it from Net-a-Porter and Husband agreed I shouldn’t send it back – that’s the same thing, right?). For a whole week I could not find the watch anywhere in our new flat. I began to wonder whether stupidly I’d left it behind in the hotel room in Athens. After all, I’d spent the whole of the weekend going back and forth to my room fetching this and that forgotten item. (It was mostly the damned iPhone) Had it not been for my dear friends, who each time we met up in the lobby, posed the question, ‘Have you got everything?’ I’m sure I would have walked out of the hotel without my knickers on or something equally insalubrious.
Yesterday I did find the watch – it had slipped down from the bathroom shelf onto the boxing covering the pipework and was neatly lying behind a bottle of disinfectant.
Of course there can be many reasons for my sudden inability to find things, or my great ability to hide them from myself. We’ve recently had quite a life-changing Big Move from the country to the city. The new flat is in a state of disarray as we still have no wardrobes or book shelves up. But the sad truth is I’ve always been like this. My Mother tells me stories of how as a child I often came home complaining that I’d lost my toys, bicycle, or all of the pocket money I’d been given only an hour or so earlier. More than once we found the Markka coins under a swing, or in the pocket of an overcoat that I’d been wearing. (Husband says he wishes he’d known this before he married me and that now everything makes sense….) In a way, of course, it’s a relief that at least these recent events aren’t signs of a deteriorating brain, though I really do not doubt that I’m losing it. I’ll just have to accept the fact that I’ve been losing something all my life.

50 things to do in London before you die

No rain in Athens