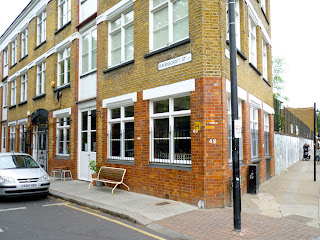 The Englishman has been going on about this restaurant for a while now, and since today was the date of our second 28th anniversary (we got married twice, if you want to know why, go here), we thought a long, plentiful lunch would start the Jubilee double Bank Holiday weekend off with a swing.

We decided to go down to E2 early, taking the Overground to Hoxton, so that we could have a browse at the quirky little shops on Columbia Road. We very nearly bought a set of garden table and chairs from here, and did actually purchase some Union Jack ribbon for tomorrow’s Thames pageant hat run from here. 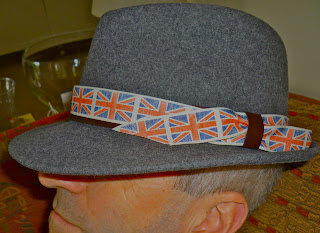 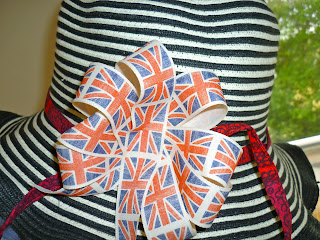 But back to Brawn.

The food was excellent, although the lamb’s tongue was too much for me. Not because it was tongue, but because it was lamb. I just don’t like the taste. However, the  plate of charcuterie was absolutely wonderful and took me back to my home town Tampere, where my mother would buy brawn and (something like) pork rillette at the local covered market. The beetroot risoni was very filling and still quite refreshing. I would never have thought to combine pasta, beetroot and goat’s cheese, but the dish worked really well. The cod was perfectly cooked, opaque in the centre, and the pea puree sweet and the pasta al dente. As for the puddings, you can see how good they were. Oh, I feel full just thinking of them! 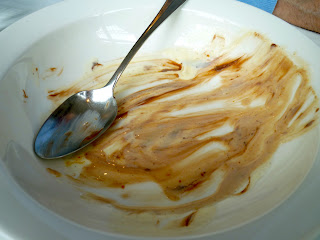 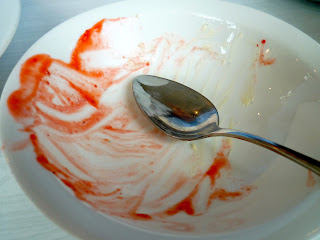 At Brawn the dishes are supposed to be small, so they advise you to have at least two each. We found this was more than enough, although at the end we had to have an extra dish of different coloured tomatoes when some were delivered to a table next to ours. ‘This is definitely the place for serious next-table-plate-envy,’ The Englishman remarked. Indeed, when we were waiting for our puddings, I saw several dishes I could have easily chosen as well as the ones we’d just eaten. A restaurant to revisit, I think.

Brawn isn’t too pricey either. Our bill for the five courses, plus two puddings, a bottle of house white and two double expressos came to little under £100-00. Believe me reader, that is good value for London.

As a bonus, Brawn is also only a hop and a skip away from Shoreditch House. We headed straight up to the pool bar on the roof, and as if by magic the sun came out. We had a lovely glass of Pimm’s watching the younger (and thinner) patrons getting into their swimwear and plunging into the pool. Ah well, we were young’ons once too…