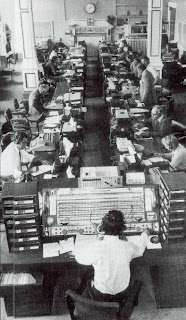 My career in UK started as translator/ journalist at the BBC Monitoring Service in Caversham. There I listened to Finnish and Swedish radio broadcasts, selected relevant news items and translated them into English.

The Degree in Political Science from the Swedish School of Economics in Helsinki gave me the language skills as well as an understanding of society. That was the theory. But the translation work wasn’t easy for me. The transcripts had to be quick and accurate. There’s no such thing as old news.
I’d learned Swedish in the school playground in Stockholm, and had no idea of grammar. My Finnish mother tongue suffered during the three years spent in Stockholm. Although I took my Baccalaureate in Finland, I still have some serious gaps in the language. And those of you who know Finnish know it’s complicated. Some say only Cantonese is harder to learn. My school English was just that, school English. The little I’d learned at university was useful, and the learning curve at the BBC was steep. But after only six months I was a fully fledged Monitor, and was let loose on the news all on my own.
Translation became second nature. Even now when I hear Finnish or Swedish spoken I immediately think of how I’d put it in English.
The news aspect of the work thrilled me. While I was there, Chernobyl happened. Suspicions of a nuclear accident were first reported on Swedish radio, before the Finns admitted to some seriously high levels of radiation in their atmosphere. This was few hours before the story broke worldwide and the Soviet Union released the awful truth of the nuclear catastrophe. Our little four-man team worked through the night to translate everything Finnish Radio said, as well as the comments on Radio Moscow in Finnish and Swedish.
Many other nationalities were also represented at the Monitoring Service. As I’d only recently moved to Britain, it was wonderful to be with people who were fellow aliens in this country. Many of them had not arrived here as easily as I had. Many of them were homesick for a country they thought they’d never see again. I often think of my friends who now freely visit their homes in Estonia, Czechoslovakia, Poland or Russia.
The reason I’m reminiscing about my time at the BBC Monitoring is that the current manuscript, The Lost Daughter, tells a story of a Finnish girl working at the Monitoring Service. She befriends a Russian girl whose quest to find her missing father takes them both back to Helsinki. The story is fictional, but based on my experiences at the BBC.
My Finnish team leader once said, ‘We’re all spies here’. And in the same breath she told me I wasn’t allowed to discuss anything I heard or saw with anyone outside the organisation. ‘You signed the form didn’t you?’
So is it any wonder that even after all these years I’m still intrigued? 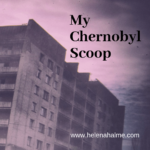