I love this time of the year when the best films are released, the weather is getting colder, and going to the cinema is just what you want to do.

Near us in Muswell Hill, Everyman Cinema has began refurbishing the old Odeon, with new sofas and a lick of paint. Although it’s far from finished (there are planning issues), or being the quality of Everyman cinemas in Hampstead or Belsize Park, it’s already better than the old, freezing flee pit.

Daughter and I went to see Suffragette there this week, and we both really enjoyed the film with Helena Bonham-Carter and Carey Mulligan, and with a brief but inspiring appearance by Meryl Streep. I was, however, highly disappointed that they’d failed to mention Finland as one of the first countries in Europe to give women the vote (already in 1906) during the roll call at the end. Harrumph! 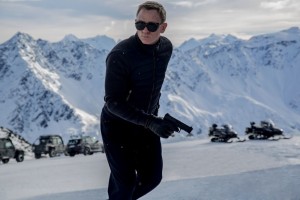 I’m also really looking forward to seeing the new Bond film. I know it’s overly commercial, and complete escapism, and shouldn’t really even be mentioned in the same blog post with Suffragette, but Bond is my guilty pleasure, and I cannot wait for next week when Spectre is on general release.

Talking of guilty pleasures, another film that may not be as good for the intellect as it is for the soul, is the new Absolutely Fabulous: The Movie. Fox and the BBC released some information and a picture of the forthcoming film this week. Jennifer Saunders and Joanna Lumley as Edina and Patsy escape a media storm resulting for a major incident at an uber fashionable launch party, to the French Riviera, where they hatch a plan to live the high life for ever more. I have to wait a few months before the release, but one thing is certain – I’ll be desperate to see this film when it’s finally out. 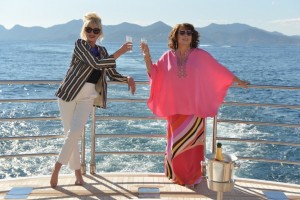 Alan Bennet’s The Lady in the Van is out in the UK a bit sooner, on November the 13th. With Maggie Smith in the title role, how can this be anything but brilliant? Here’s the trailer, enjoy!