I’ve been looking forward to this film ever since it was announced about a year ago that ‘Suffragette’ would star Carey Mulligan AND Meryl Streep, AS WELL AS Helena Bonham-Carter, and that parts of the action would be filmed at the Houses of Parliament.
And now, to celebrate the release of this British film, the Houses of Parliament is running a ‘Suffragette Season’ of special events and themed tours this October. I can’t wait to attend one of these.
HOUSES OF PARLIAMENT ANNOUNCES A ‘SUFFRAGETTE SEASON’ OF SPECIAL EVENTS AND TOURS IN OCTOBER 2015 – TICKETS NOW AVAILABLE
Directed by Sarah Gavron and starring Carey Mulligan and Meryl Streep, the film ‘Suffragette’ was inspired by the true stories of the foot soldiers of the women’s suffrage movement and their fight for the right to vote.
‘Suffragette Soirée’ on Wednesday 7 October 2015 at 6.30pm
Go back in time to meet Suffragettes and other suffrage activists, see ‘behind the scenes’ and discover moments of history in the ‘Votes for Women!’ movement.
Enjoy a truly unique Suffragette-themed tour of the House of Commons followed by a convivial three course dinner in the elegant Members’ Dining Room. The House of Commons’ chefs have adapted the menu from a public banquet chaired by Emmeline Pankhurst on Friday 12 May 1911 and given it a modern twist.
The 1911 banquet was in honour of the Lord Mayor of Dublin and the Lady Mayoress and marked their visit to London to present the Petition of the Corporation of Dublin in support of the Woman Suffrage Bill at the Bar of the House of Commons.
Tickets for this one-off dining event are £97, booking by phone only on 020 7219 4114.
‘More than Suffragettes’ Talks and Tour on 8 and 9 October 2015 at 2pm
Following a 30 minute introductory tour including the Lords Chamber and Commons Chamber, visitors will hear about the campaign by suffragettes and suffragists for the vote in Parliament and how Parliament remembers this campaign today. The speakers are Mari Takayanagi from the Parliamentary Archives, Melanie Unwin from the Parliamentary Art Collection and Mary Branson, Artist-in-Residence to women’s suffrage.
Tickets are £25, bookable online at www.parliament.uk/suffragette-season or by phone on 020 7219 4114.
‘Votes for Women!’ Family Tours on Saturday afternoons in October at 2pm and 3pm
Designed especially for families visiting Parliament, the afternoon begins with a 45 minute tour through the House of Lords and the House of Commons followed by a range of optional Votes for Women-themed activities. The ‘Votes for Women!’ family tours are ideal for children aged 7 and over.
Tickets are free for children and £10 for adults, bookable online at www.parliament.uk/suffragette-season or by phone on 020 7219 4114.
‘From Petitions to Prime Minister: A Short History of Women in Parliament’ on Saturday afternoons in October at 1pm
Led by a ‘Blue Badge’ guide, Parliament’s regular guided tour through both Houses has been adapted to focus on the journey from early petitioning about women’s suffrage through to the UK’s first (and so far) only female Prime Minister and the prominent role of women in Parliament today.
Tickets are £25, bookable online at www.parliament.uk/suffragette-season or by phone on 020 7219 4114.

Houses of Parliament Open over the Holidays 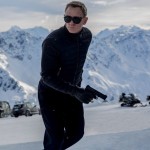 Suffragette, James Bond, Ab Fab and The Lady in the Van…films, films, films

No rain in Athens