One of my tasks here in Helsinki has been to do some research for my new book. Or one of them…I’ve long had an idea to write a fictional story about the life of August Strindberg and particularly something involving Siri von Essen, August Strindberg’s first and most influential wife.

Siri, who was a Swedish speaking Finnish daughter of a nobleman, was herself married when she, in the mid 1970’s, met the famous Swedish playwright. Strindberg was a young writer and librarian at the time, and had yet to make his mark on the world. He wooed Siri with his clever words and promises of fulfilling her deeply held desire to enter the stage. They married in 1877 after Siri had divorced her first husband.

The tumultuous nature of this socially scandalous marriage between the two artists is well documented in Sweden, but the story is less well known elsewhere. As you may by now know, I’ve always been obsessed with Strindberg, and have lately also become fascinated by Siri. (Especially after I read this excellent novel/biography.) Her life seems to have been so full of love, and tragedy. She lost her first daughter to a mysterious lung disease and her second child (and first with Strindberg) was stillborn. There are rumours that Siri was somehow to blame for both deaths, and that this was due to her selfish desire to prioritise her own career. Historians disagree on whether she was good or bad for Strindberg; a spoilt, unfaithful empty-headed acress, or a wronged passionate woman trying to make the best of a bad marriage? You can imagine which side I take. Whatever your opinion, a life so controversial is also utterly fascinating.

My interest in Siri is further piqued by the fact that she was born Finnish, but spent most of her life abroad. She moved to Sweden with her first husband, and then with Strindberg she visited almost every corner of Europe while the two stayed in string of hotels, often leaving in the dead of night to avoid paying their bills. Siri had three more children with Strindberg, but the marriage ended when the playwright became convinced that the two youngest children were fathered by another man.

After the divorce, in 1983, Siri moved back to Helsinki with her children and a friend who was rumoured to be her lover. The last ten years Siri spent in Helsinki, a place which she called home, were not all happy.  She struggled with money and lost her friend to alcoholism. Strindberg didn’t exactly pay regular maintenance to his estranged family.

In 1912,  at the age of 61, just two weeks before Strindberg himself perished, Siri von Essen died in Helsinki, after she suffered a fatal fall.

Siri and her three children lived in several different places in Helsinki, and today I’ve been tracing her steps. Here are a few photos to show you some of the houses the first Mrs Strindberg might have spent her days in. 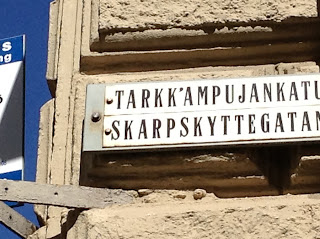 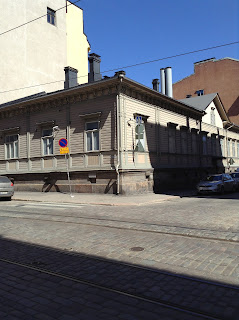 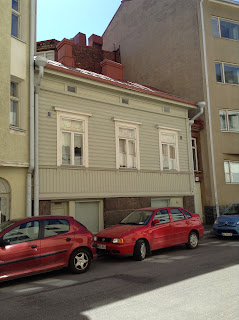 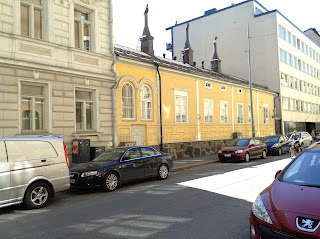 My Nordic Adventure: Part Three – the rest of it (almost)