My latest novel, The Good Officer, which is out tomorrow has more sex in it than any of my previous books. The reason for this (without giving too much away) is that my two heroes, Kaisa and Peter, are estranged and so meet other people – and the obvious happens. While writing the novel, I struck up a conversation with a fellow author, Patsy Trench. I found that Patsy has a lot of experience in this area, so I thought it’d be fun to have her talk about writing sex and love scenes as a guest on my blog.

It’s all around us – in the cinema, on television, in that innocent- looking book you picked up in the charity shop. Honestly, a person doesn’t know where to look. Mostly it’s of the frantic kind: the ripped-off clothes, the heaving bodies, up against the kitchen cabinet, the heavy breathing followed by loud groaning. (Filmmakers are so unimaginative.) I mean, please. Could we not just, as someone once said – I can’t remember who but it sounds like Dorothy Parker – skip from the foreplay to the cigarette?

I’ve written quite a lot of sex, as it happens. My first published book, written under a pseudonym, was for the Black Lace imprint. I submitted my first three chapters as a bit of a joke and was then shocked and faintly horrified when they commissioned me to write the whole book, with the condition I remove some of the sex. (I had thought there had to be some form of consummation on every other page.) But I have never written frantic sex. Frantic sex must be terribly hard to write without it sounding faintly ludicrous – hence, I suppose, the Bad Sex Award. 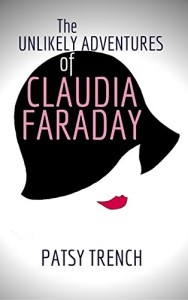 My novel The Unlikely Adventures of Claudia Faraday is all about sex, but there is only one graphic sex scene in it. It features a fifty-two year-old respectable mother of three discovering, as a result of an unexpected event, the joys of sex for the first time. It is set in 1920s Home Counties England at a time when Marie Stopes was writing about the clitoris, an organ of which Claudia and many like her had hitherto been unaware. The idea that sex did not necessarily mean lying back and thinking of England, and that it could be enjoyed for its own sake and not just for the purposes of procreation, was quite revolutionary. Newly awakened, Claudia is first shocked and then intrigued and then shocked at finding herself so intrigued by the unusual sexual behaviour that her recently-opened eyes realise is going on all around her.

An early reader of my manuscript said you cannot combine erotica with humour, but I disagree. Anyway sex is not always erotic, it is awkward and embarrassing and tedious and hilarious as often as not, but you don’t often see or read about that side of it. It can also be sexy and titivating and mind-blowing, and a fascinating insight into another person’s psyche, but you don’t read too much about that either. As for sex for the over fifties, well, who’d have thought a woman – and a man too of course – could still be sexually active in her dotage? I haven’t quite reached my dotage yet but I see no reason why a woman should not remain sexually active, given the opportunity of course and some physical capability, her whole life. But would you want to read about it? 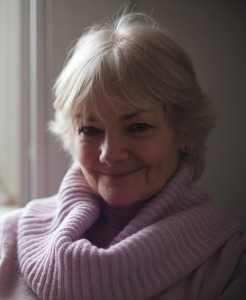 Patsy Trench is the author of two books, The Worst Country in the World and The Unlikely Adventures of Claudia Faraday.

A former actress, a scriptwriter, playscout, lyricist and co-founder of The Children’s Musical Theatre of London, Patsy now lives in London (after a spell in Australia). At the moment she’s spending most of her time writing and researching for book two of her family saga, Making Australia, which features her great great grandfather, pioneer farmer in remote 19th century New South Wales and founder of the stock and station agent Pitt, Son & Badgery.

Patsy also arranges theatre tours for visitors to London, and occasionally teaches and lectures on British theatre. Her hobby is rag rugging.